Our tour kicks off in Reykjavik aboard our special Mountain Taxi Super Jeep. First we hit up the fertile farm lands in the south before moving on to epic views of Hekla’s snow-covered peak. You might have heard the name—its Iceland’s most famous active volcano.

While Hekla is pretty dormant nowadays, its last eruption was little over ten years ago in February of 2000. Since the country was settled in the ninth century, the volcano has erupted about 20 times often with devistating affects.Hekla was notorious in medieval Europe as it was believed to be the entrance to hell. Hekla has erupted approximately 20 times since the county was settled in the ninth century.

The differences in landscape are extreme!

The differences in landscape are extreme! The lava and vegetation shaped by the forces of erosion make for a spectacular setting, and we drive straight up to the edge of the youngest lava field formed during the 2000 eruption.

If the weather allows, we’ll also drive along the volcano’s ridge—900 meters above sea level with one awesome view. At the base of the volcano, we drive through intensely rugged mountain terrain and past lava fields and explosion craters.

Steering our direction to interior Iceland, we swing by the explosion crater Ljótipollur before a coffee and lunch break in the stunning Landmannalaugar area. Here we have the opertunity to go for a 1 – 2 hour hike or going for a dip in the natural hot pool.

Advancing down the Þjórsárdalur, our last stop is the Hjálparfoss waterfall before returning to Reykjavik.

Available from Reykjavík, Hveragerði, Selfoss & meeting point on junction, Road 1 and 30 on the south coast. 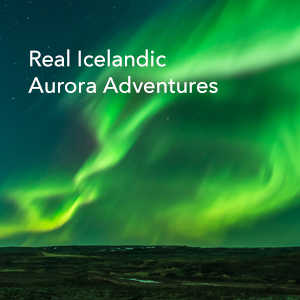